NOTE: This article is near completion. If anyone sees any errors or wants to expand on anything, please feel free to do so. 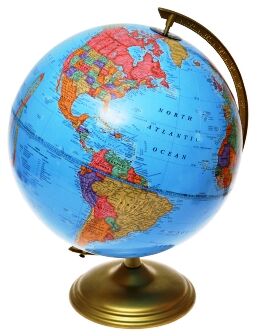 A Map is the area of land a city may be built upon. Each map is 10.5x10.5 kilometers in size (just over 6.5x6.5 miles) for a total area of 110 km2 (40 mi2). Each map has its own unique qualities, including type of terrain, climate, difficulty level, and the amount of resources on the map.

There are a variety of maps in the game, and there are usually more than one of each type of map landscapes and climates ranging from dry deserts to tropical rainforests. In addition, there are also several Special Maps modeled after real world places. Each map is realistically detailed and terraformed.

You can find information about each map in the Planet View in-game; however, they are also detailed here. Below is a list of all 62 maps in the game, arranged according to their terrain type. Click on the name of a map to learn more about it.

There were a total of 47 maps (the last 3 were added from mods importing Planet Offer maps with 15 more added in Cities XL 2012 bringing the total up to 62 in Cities XL 2012, 10 more than ever officially released prior) in the game.

Although there are plenty of maps to choose from, some modders have created custom maps, which allow players to build cities on a map not normally found in the game. These maps must be downloaded and installed in the paks folder, and will replace a certain map in-game. You must be sure to find out which map it replaces and delete any cities on that map before installing a custom map, or the game will crash.

Custom maps can be found in the Custom Content Forum on the Cities XL 2012 Forums, or at one of several fansites.